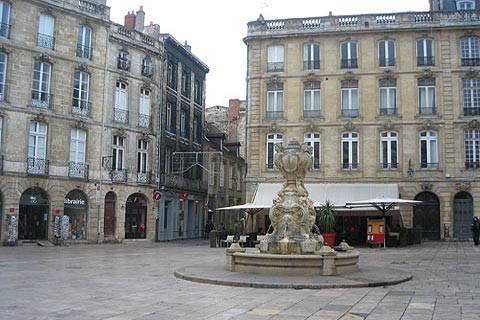 Bordeaux is a vibrant city and one of the most beautiful in the South of France. Half of the city, more than 1800 hectares has recently been declared a UNESCO World Heritage Site on account of its historic buildings. The dominant architecture is classical and neo-classical and has remained virtually unchanged for 2 centuries and so it is incredibly unspoilt.

Bordeaux used not to have a great reputation but in 1996 Alain Juppé began an urban regeneration project which included a major cleaning of the facades of the buildings revealing their beautiful golden colour. A tram system has been introduced, reducing the traffic and making movement throughout the city incredibly easy. 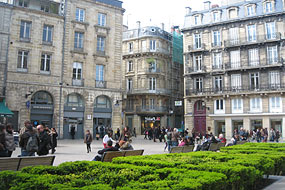 The quays along the river have been turned into trendy eating areas and the river edge includes lots of seating areas. A long, wide path on the river edge is always full of joggers, cyclists, and people rollerblading and is excellent for a riverside stroll.

The buildings running along this stretch of the river are beautiful and include some particular monuments such as the Palais de la Bourse and the Hotel de Douanes (customs). Both are stunning 18th century buildings.

As well as the classical and neoclassical architecture Bordeaux has some lovely older streets, narrower and more intimate than the wide classical boulevards. These streets tend to be filled with arty boutiques, bars and restaurants. There is a wonderful bell-tower, the Grosse Cloche built in the 13th -15th century and this as well as the 15th century defensive gate, the Porte Cailhou has a Disney-like look about it.

There are some excellent museums in Bordeaux including the Musée des Beaux Arts and the Musée d’Aquitaine and the National Opera is housed in one of the beautiful classical buildings.

For me however the main treat of Bordeaux is to amble through the streets and boulevards and stop at one of the many pavement cafés for a coffee, a beer or lunch. Because it is a student town the nightlife of Bordeaux is also very good.