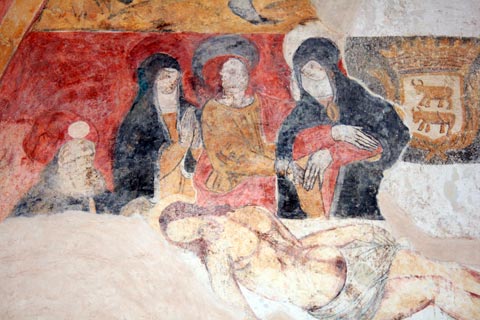 Sarlat, ‘unofficial’ capital of the Dordogne department and tourist magnet because of its extraordinary number of medieval buildings, is in the centre of a very attractive region. This is not news!

Most visitors to the region around Sarlat venture along the Dordogne River to see the villages and castles, and head up the Vezere Valley for the prehistoric sites. But to the south, towards Villefranche-du-Perigord, the region and places are much less well known. 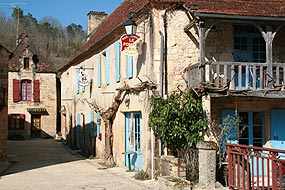 This is a shame, because it is a lovely, often forested region which conceals some quiet unspoiled villages that are very much worth exploring.

Head into the countryside south-east of Domme (itself an unmissable highlight of a visit to the region), and discover the small villages at Saint-Pompon (officially Saint-Pompont), Daglan and Besse, along with several other small hamlets.

Highlights of your trip will include the lovely 12th century roman style church at Besse, and a wander around the small yet perfectly formed Saint-Pompon.

Villefranche-du-Perigord is perhaps the southern limit of your trip – stop to see the church, market hall and arcaded houses around the central square; while Belves is the eastern limit – be sure to allow time to explore Belves, because it is another very attractive small town, in the traditional Dordogne style.