France has more than its fair share of prehistoric monuments – although in truth it is the north around Carnac (Brittany) that has the greatest concentration of menhirs and dolmen.

But the south has its occasional treasures as well. in addition to the sprinkling of standing stones found in many parts of France there are a few specific highlights:

Lascaux caves and the Vezere valley

The Vezere River runs through the Dordogne department to meet the Dordogne River. The Vezere valley has been occupied since prehistoric times, and has one of the greatest concentrations of cave paintings in the world – typically dating back15,000 years. 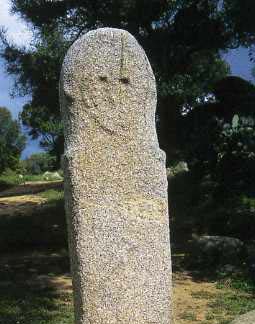 The most famous of these is the Lascaux caves but there are many other cave systems nearby that also have extraordinary paintings and are well worth visiting. the whole Vezere valley has been declared a UNESCO world heritage site because of these prehistoric paintings and artefacts.

Another remarkable location is the Valley of Marvels, in the Alps of south-east France (50 kilometres north-east of Nice.

More recent than the paintings in the Vezere Valley, the numerous carvings to be found in the valley date back ‘only’ 4,000 years. They represent various horned figures, daggers and arms, and occasionally people. In total there are an astonishing 200,000 engravings, believed to relate to some kind of primitive religion.

Corsica has several impressive sites for prehistoric art watchers. The best known and most impressive is found to the north of Propriano at Filitosa.

The highlight is the ‘human sized’ stone carvings of soldiers and people at the site. Although the arrangement of statues has been altered, and the many stones that had fallen have now been re-erected, the impression is very dramatic. The imposing setting among the olive groves helps make the most of the location.

So while it is true that southern France lacks an individual monument such as stonehenge, there are other prehistoric relics in the region that are, in their own way, equally fascinating.