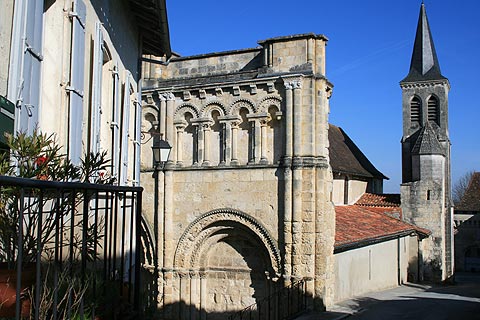 Aubeterre sur Dronne is a remarkable village about 20 km west of Riberac.

The most fascinating thing about it is its underground church, the Eglise souterraine Saint Jean. This has been hewn out of the rock and is 20 metres high at its highest point. It is the tallest of its kind in the world – entering the church really is an incredible experience.

As well as the main nave which has a full-immersion baptismal font and a reliquary which is said to have once contained a holy relic, there is a burial chamber containing over 80 sarcophagi. These burial holes have all been hewn out in such a way that the heads all point to Jerusalem. 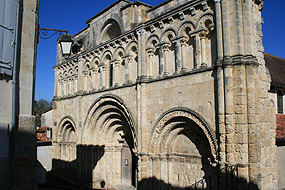 As well as the church, the village itself is charming. It is listed as one of 'the most beautiful villages of France’, and rightly so.

The village climbs up a hillside – at the top of the village are the former convent of Clarisses and the Cordeliers and Mimes monasteries.

A little further down is the Romanesque church of St Jaques. This has a beautiful carved Romanesque façade. All these religious buildings demonstrate the religious importance that Aubeterre had in the past.

Half way down the village is an attractive square, the Place Travieux, which has various shops, bars and restaurants.

Highly recommended if you are in the northern Dordogne region.